The Dog locks Key of Car

My dad & mother drove to bank
to watch the sun set today.

They had watched the sun set to their hearts contents
leaving Pekin(my dog, 7 YRS,♀) wait in the car.
When they returned the car,
couldn't open any doors.

The key had been in the car
because they had had gone out with the engine running.
Only Pekin was in the car.

In Key!!!!!!!
(※Japanglish. mean about
shutting yourself out of your car with the key left inside.)

Pekin might had pushed a all-lock button
aside of driver seat during they had been letting out.

Mom"But fear not! I have spare key! "
She made a search in her pocket at speed.

Is it In Key ＋In Key?
Do you want to die? lol

Even after she was fortunate to have cell-phone,
car dealer didn't answer the phone.
So had come to a standstill.

State of things had been discovered
when I had called her didn't come home.
Mom could gotten a connection with the car dealer
as soon as I had rushed into them.
We had been waiting for a rescue.

The day had completely set in, of course.

Well then, let me introduce Pekin that In Key Dog!
↓ 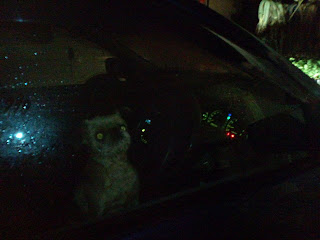 "1 hour from when In Key accident was discovered. "
＋
"1 hour during we had been trying to
lead Pekin to push the release button. "

＝Pekin did never to push the button.
＝It was needlessness that travail of 2 hours. orz 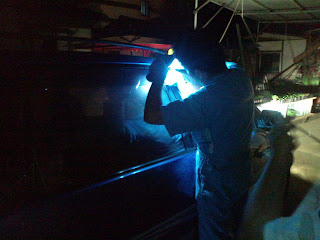 Pekin had been watching for job performance of him...... 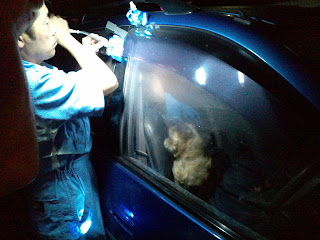 It was about 30 minutes when he worked.

We barely had make a coming back home!
゜(´□｀｡)°゜。Waaahhh!

About 2 hours 30 minutes during we had been gotten stuck.

We could come home
when said apologizing & thanks to the engineer.


After we had gotten home,
Pekin had become spoiled as if nothing had happened. 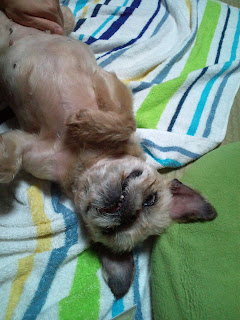 It is awful just like characters of films of Jan Švankmajer.
lolol

I put her in her cage earlier than usual
therefore I stuck in my craw. 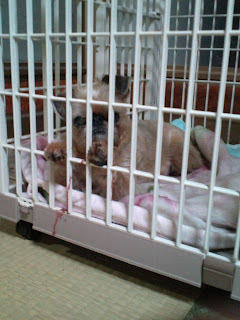 Reflect on what you did done a little! lol